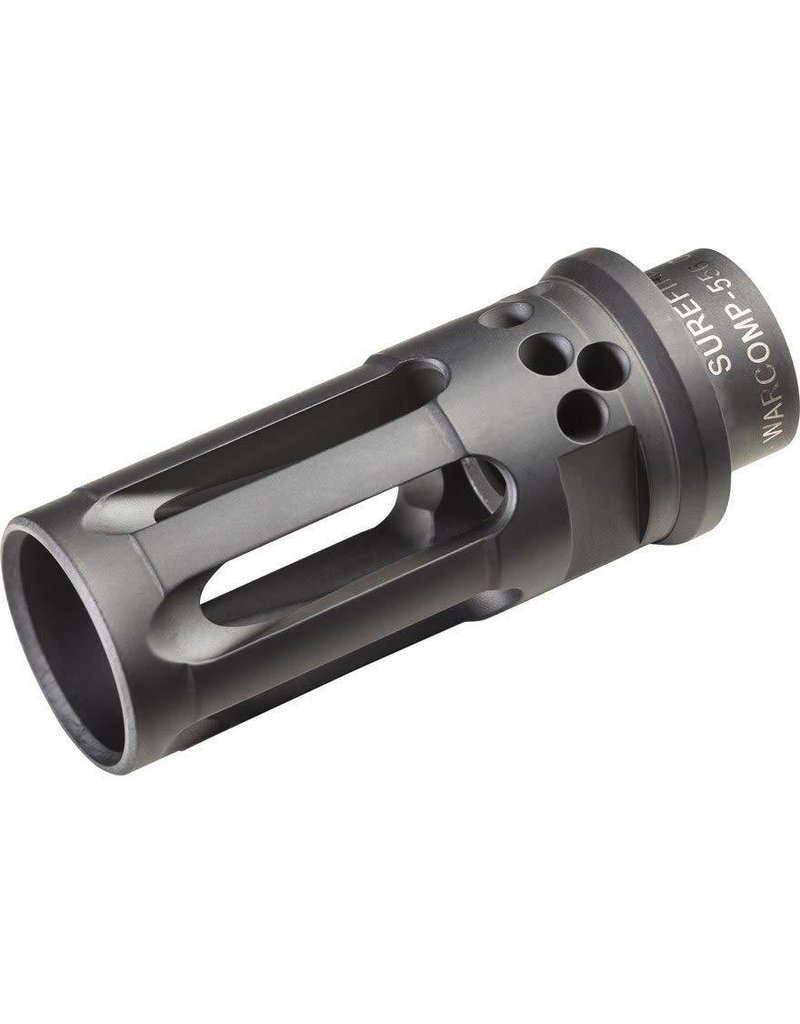 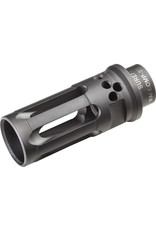 1. It provides over 99% reduction in muzzle flash compared to a plain muzzle, which helps to conceal the shooter’s location and preserve his dark-adapted vision.

2. It virtually eliminates muzzle rise, which enhances monitoring of target reaction and staying on target for faster follow-up shots.

3. It serves as a rock-solid mounting adapter for all SureFire SOCOM Series 5.56mm Fast-Attach suppressors, including our SOCOM556-RC model, which placed first in the most extensive and rigorous suppressor testing ever conducted by US Special Operations Command.

Precision machined from US Mill-certified heat-treated stainless steel bar stock — including high-precision single-point cut threads for optimum thread interface — the WARCOMP-556-1/2-28 features an Ionbond DLC coating to provide maximum protection under harsh environmental conditions and to facilitate cleaning even after extreme use.

When used in conjunction with a SureFire SOCOM Series Fast-Attach suppressor, the WARCOMP provides multiple bearing surfaces to ensure superior suppressor alignment and prevent any ringing of tines inside the suppressor. A rear labyrinth seal mitigates gas leaking from the back of a suppressor, minimizes potential carbon buildup in the indexing system, and facilitates suppressor removal after extended firing. Every SureFire WarComp is individually inspected for concentricity and alignment.

Add your review
0 stars based on 0 reviews